Dorrie Nossiter was born on 29th June 1893 to Philip Nossiter and Charlotte Mary Nossiter (formerly Middleton) at Cateswell House, St Oswald’s Road, Aston, Birmingham. The family moved out of the Nossiter family home to Yardley after Phillip’s death in 1894.

Dorrie attended Camp Hill School for Girls from December 1906 - July 1908 while she was living at Church Road, Hall Green. Her elder sister Helen was at the same school from November 1902 till December 1905. 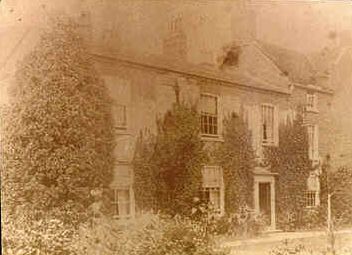 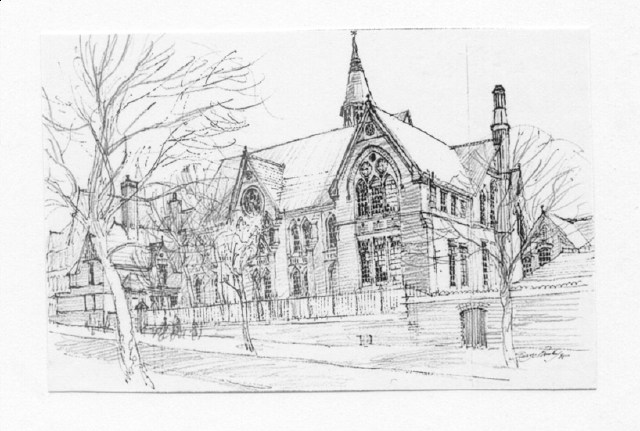 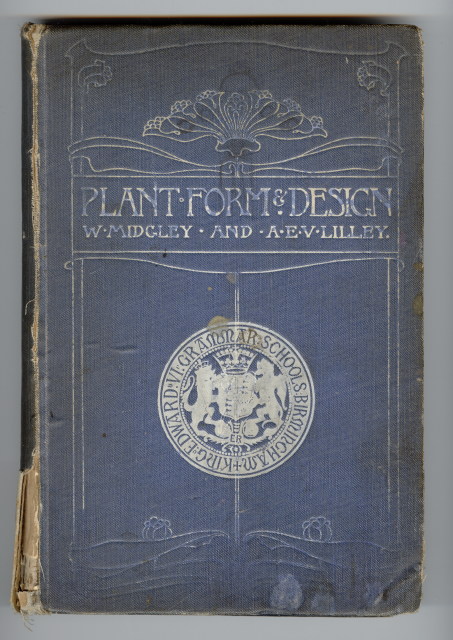 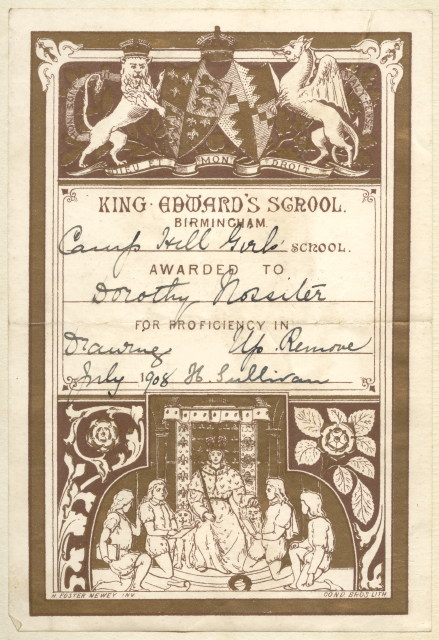 +
Bookplate inside the cover of Plant forms by Midgeley awarded to Dorrie Nossiter for Drawing.

While at Camp Hill School for Girls Dorrie was given the book “Plant Forms & Design” as a prize for Drawing (Midgley 1907). As a designer she drew on the book for inspiration and her annotations in the book can clearly be seen, see Chapter on Design inspiration.